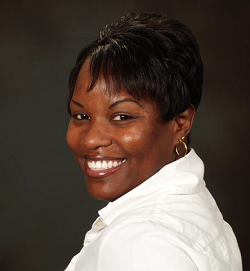 Tomeka Napper is Chairman and Chief Executive Officer of ViJIEN Enterprises Corporation (VEC), a strategic business design and management company for emerging businesses, nonprofits, and entertainment professionals. Surpassing the highest standards of professional integrity, she has served the corporate, higher education, and non-profit and private sectors for over 16 years in the areas of administration, television, brand-marketing, procurement, creative content, production, project management, and entrepreneurship.

Prior to VEC in 2005, Ms. Napper assumed the role of Vice President of Business Operations for Demo Entertainment Group (DEG). As a Managing Partner, she is involved in all aspects of strategic planning, contract negotiations, and event coordination for the company. In 2006, she worked for Broward County as an Administrative Aide for OIT, procuring items and processing payroll for over 500 employees. From there she worked for HDR, one of the top engineering firms in the in the nation in 2007, as a Relocation Administrator, facilitating a relocation program on behalf of Florida Department of Transportation.

She has coached emerging artists, actors, filmmakers, directors, and entrepreneurs, using strategic solutions and simple action steps to build their confidence, execute plans, and increase brand recognition. She exudes leadership and service daily. Her professionalism and no-nonsense spirit continues to serve her well in her career.

Ms. Napper currently serves as Advisor to The California Music Industry Summit 2014, in Oakland, California. From 2009 – 2011, she advised National Voices for Equality, Education, and Enlightenment (NVEEE) a nationally recognized 501(c)(3) in every aspect of their organizational development. She has also, worked with the Fort Lauderdale International Film Festival, promoted several rock concerts around South Florida with DEG, and designed a summer film camp for kids, now in its 3rd year.

She earned a Masters in Entertainment Business from Full Sail University in 2009, a BM from the University of Miami with a minor in Business Law in 2004, and an AA from MDCC in 2000, where she served as President of Phi Theta Kappa (2-yr International Honor Society) and MEISA (Music Entertainment Industry Student Association).

As the mother to a beautiful son who deals with a unique set of needs, Ms. Napper is relentless in using her voice to powerfully advocate and raise awareness on Autism, abused children, and intellectual property.