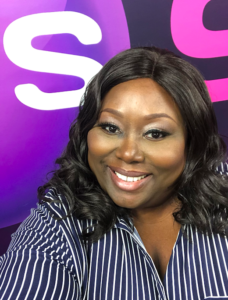 Jowharah Sanders is a woman who believes in confronting hard realities, finding your voice, having difficult conversations, and taking control of your life. At 15-yrs-old, two men abducted her from the steps of her high school. For hours she was assaulted and tortured. The brutality of her attackers created a stream of thoughts echoing in her mind… “I am going to die.”

At a young age, she endured racism, bullying, sexual assualt, two suicide attempts, domestic violence, and continuous suicidal ideation stemming from those traumas. For her, the powerlessness she experienced surrounding that sexual assault resulted in an unwanted pregnancy which was one of the root causes of her depression and self hatred. “I have no other choice but to do this. I’m sorry. I wish I knew how to make this right, but I don’t” is what she concluded. “The only thing left to do is die. I don’t deserve or even want to live.” Those thoughts were followed by a bottle of pills.

After being released from a medical facility, she continued to operate with a victim mindset until years later a college advisor took notice and presented her with the reality that, unless she chose differently, her life would always be defined by victimhood. “Life is about choices,” she said. “You can either choose to live as a victim, or you can choose to be a survivor. No amount of self-pity or self-sabotage will ever change what happened.” That was the first time anyone had even suggested she had a choice in the direction of her life. From that moment on, she never referred to herself as a victim, only a survivor, and it marks the moment she truly began the process of  turning her pain into purpose.

After witnessing back-to-back news cycles on the reports of suicides by LGBTQ+ youth, she challenged her partner and closest friends to ultimately “be the change they wanted to see in the world” – a challenge they all gladly accepted. They supported her efforts in founding a national nonprofit organization.

In 2009, Ms. Sanders founded National Voices for Equality Education and Enlightenment (NVEEE), whose mission is to prevent bullying, violence, and suicide among youth, families and communities. With the support of University of Miami School of Education, Community and Social Change Department, NVEEE developed a research-based school-wide bullying prevention program whose innovative model of change has student upstanders take a direct role in reducing bullying at their schools.

To know Jowharah is to know why youth confide in her. Her approach is open and sincere, allowing them to call on her when they need help even in the most mundane of times: homework, a chaperone at a concert, shopping at a mall, and even when they need someone to “run interference” with their parents. Being available to support youth through their everyday moments of challenge builds a foundation of trust to where these same teenagers will call her without hesitation in their darkest moments of crisis. Jowharah has the perfect combination of traits necessary to combat these life and death issues: her history and compassion makes it easy for others to relate to her; a person with less experience might confuse things; a person with less curiosity could miss things; and a person with less understanding wouldn’t “get it” at the level she does.

Although she has survived many losses and multiple traumas, her goal is to continue modeling resilience and showing youth and families that they are not alone – even when they feel the most disempowered.