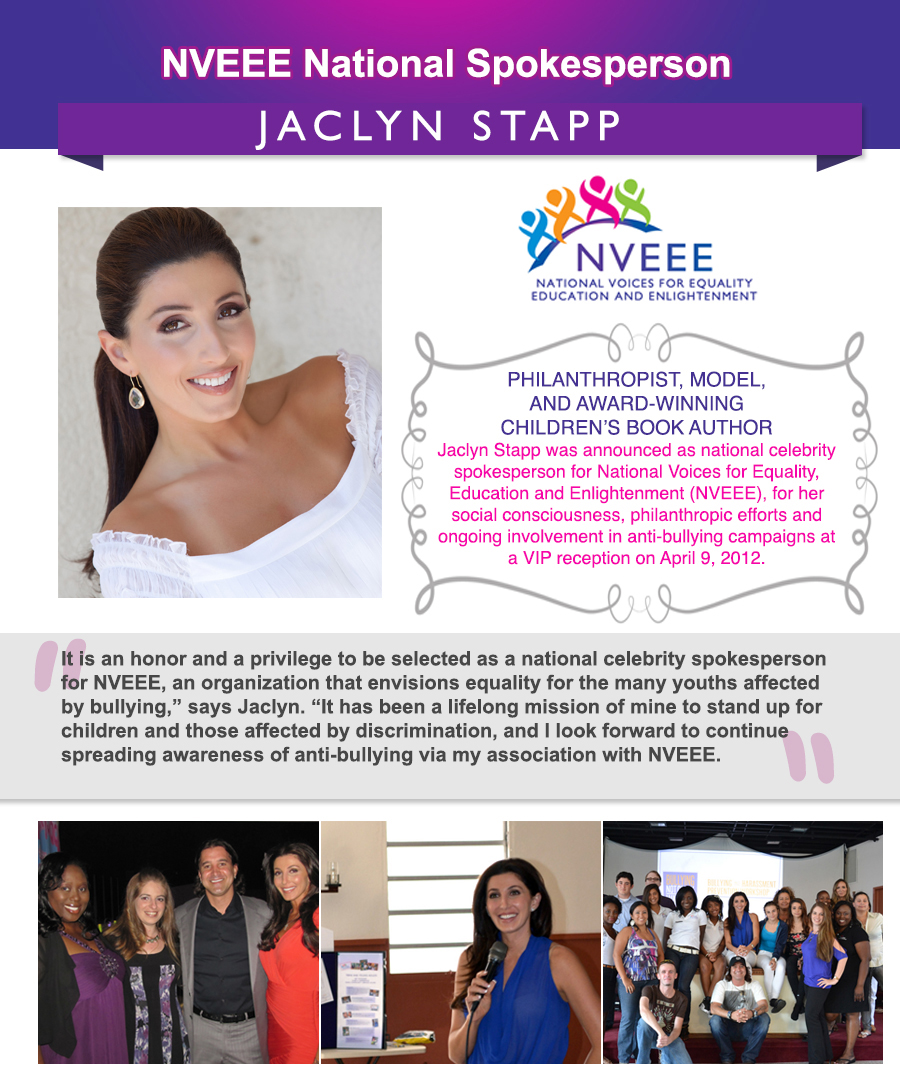 As NVEEE’s national spokesperson, Jaclyn Stapp, Miss New York 2004 and Mrs. Florida 2008, participates in National PSA campaigns, sits on NVEEE’s Advisory Board and dedicates much of her time creating a girl-to-girl anti-bullying campaign for NVEEE in order to develop further prevention strategies, schools programs and the community outreach. An award-winning children’s book author, Jaclyn shares her early struggles with bullying in her first children’s book, Wacky Jacky: The True Story of An Unlikely Beauty Queen, rated among the best in family-friendly media, products and services by 2011 Mom’s Choice Awards®. In this book her goal is to teach teens and children to take pride in who they are and to remind others “you don’t always need a crown to sparkle.”

Jaclyn Stapp is supported by her husband, Grammy Award-winner, Scott Stapp, lead singer of Creed and author of his tell-all memoir, Sinner’s Creed. Scott Stapp has attended NVEEE’s VIP receptions, donated his time by volunteering at workshops and performing live at events. Stapp proudly supports NVEEE’s anti-bullying efforts as it has affected their family at various times in their lives and continues to support the organization and his wife.