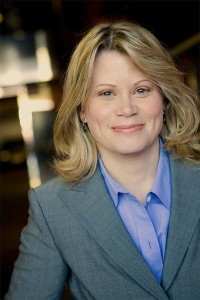 Having won the Inanna Filmmaker Humanitarian Award for her advocacy work in schools throughout the U.S. on bullying prevention and her soon to be released documentary film on bullying she directed/produced, Bullies And Friends, Cassidy McMillan is a leader in the bullying prevention cause. Cassidy McMillan is an award-winning filmmaker, writer, and journalist. She’s also a Member/Actress of the Screen Actors Guild, and has starred in theater plays, musicals and acted in film/television projects for 20th Century Fox, Discovery, NBC, etc.

Cassidy’s the director/producer and writer of the documentary film on bullying and youth suicide, Bullies And Friends, which has been noted as an educational resource by academic outlets including Worth Publishers College Textbook Psychology, and the United Nations Association. The film is being prepped for distribution. She set out to make the film when she learned that children across the globe were committing suicide due to bullying, and wanted to make a film that would provide bullying solutions in order to prevent future tragedies.

Cassidy is a recognized speaker, expert and media commentator/analyst on the issues of bullying, school violence, and cyberbullying. She’s spoken at schools, universities, and conferences on bullying across North America and has spoken on the topic of bullying on media outlets across the globe. Cassidy is an advocate for parents who have lost children due to bullying related suicide, and works with government leaders on prevention initiatives.

She holds a degree in Journalism, is Director of Communications for NVEEE, and is an independent producer for projects that shine a light on causes. Cassidy is also an advocate for animal rights and animal rescue adoptions of shelter cats & dogs.